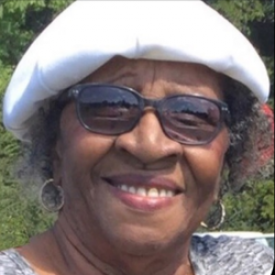 Mrs. Roselee Estelle Gilliam, was the wife of the late Willie James Gilliam and the daughter of the late Mr. Willie Drummond and late Luvenia Evins Jones, was born July 20, 1934 in Spartanburg County. She departed this life on Saturday, June 27, 2020.

She was a member of the Lower Shady Grove Baptist Church, Woodruff, SC, where she served as the President of the Deaconess Ministry. She was a former Sunday School Teacher and member of the Missionary Ministry. She was preceded in death by son, Wayne Osby Gilliam; siblings, Amos Evins, Grover Evins Jr., Minnie Lee Underwood, Thelma Goodman, Virginia Foster.